VijSofia.eu is a website gallery initiated by Sofia Municipality to serve as their online portfolio for some of their bigger and more important projects’ realizations on the territory of the capitol of Bulgaria, Sofia.

The key element here was the navigation and presentation of the projects. It had to be both attractive and easy to use. We chose a masonry layout for the home page “screen” that was going to improve the modern vision of the whole website. The interface of each project consists of general information about the project followed by professional photographs of its realization. A entirely custom content management system was incorporated.

The website design aimed to look clean and airy. We had to link the vision to the city where all projects are situated - one of the oldest European capitols – Sofia. Thus, several landmark buildings’ silhouettes were used to enrich the interface with Sofia’s spirit. In the header, we used the biggest orthodox cathedral on the Balkan Peninsula – St. Alexander Nevski and the monument St. Sofia – patron of the city. In the footer section we put one of the most beautiful orthodox churches – St. Sofia and one of the most famous landmark of Sofia – Orlov Most.

Additional functionality, enabling visitors to upload their own photos of newly built projects is also present in the website. Year after the official launch VijSofia.eu still has a steady daily visitors’ count. 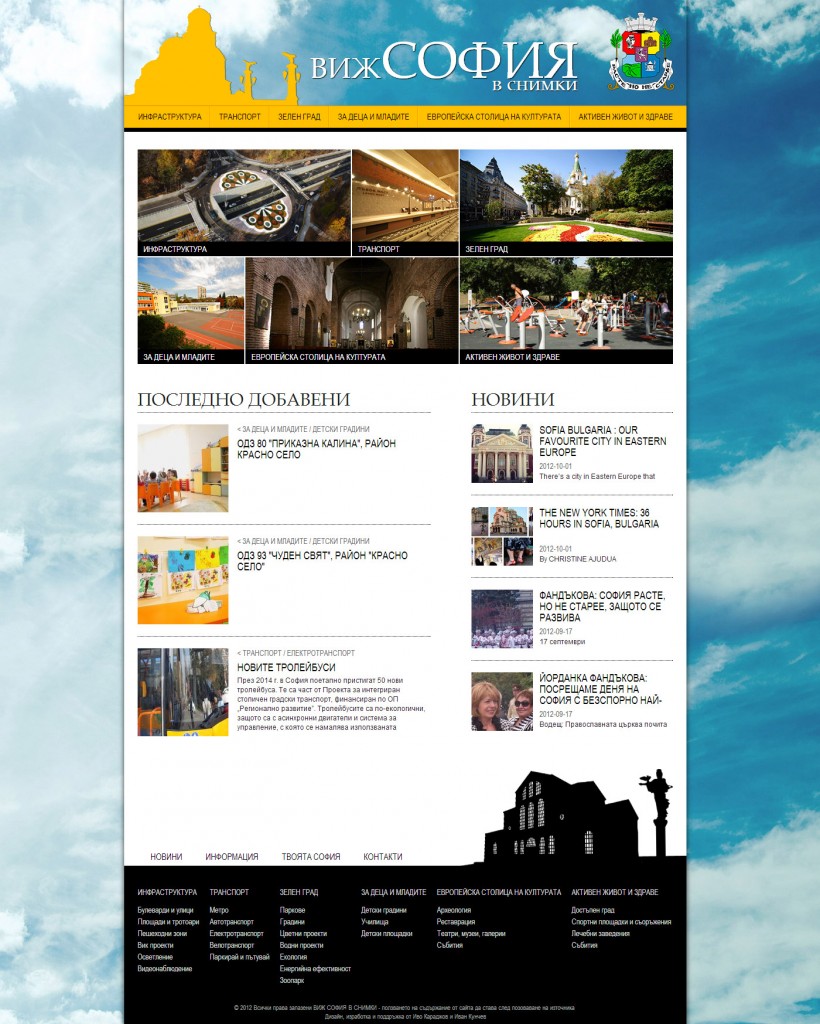 VijSofia.eu is a website gallery for Sofia Municipality which serves as an online portfolio for some of the best projects they've developed and funded. The initial concept was to use a transparent and airy interface that is simple in its functionality and modern in its design. A thumbnail-screen was used as main design feature on the home-page. The thumbnails are links to the title projects for each section. Key buildings and monuments of Sofia were included in the general layout as silhouettes. 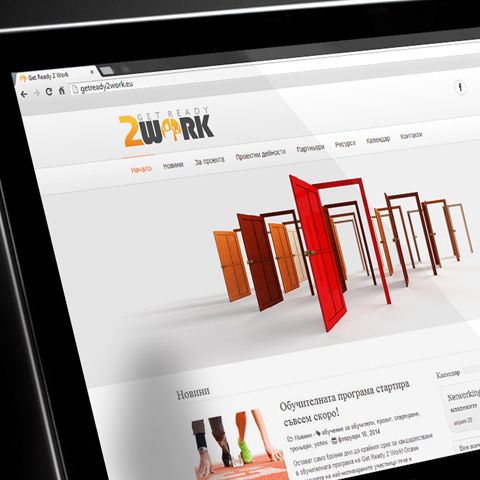