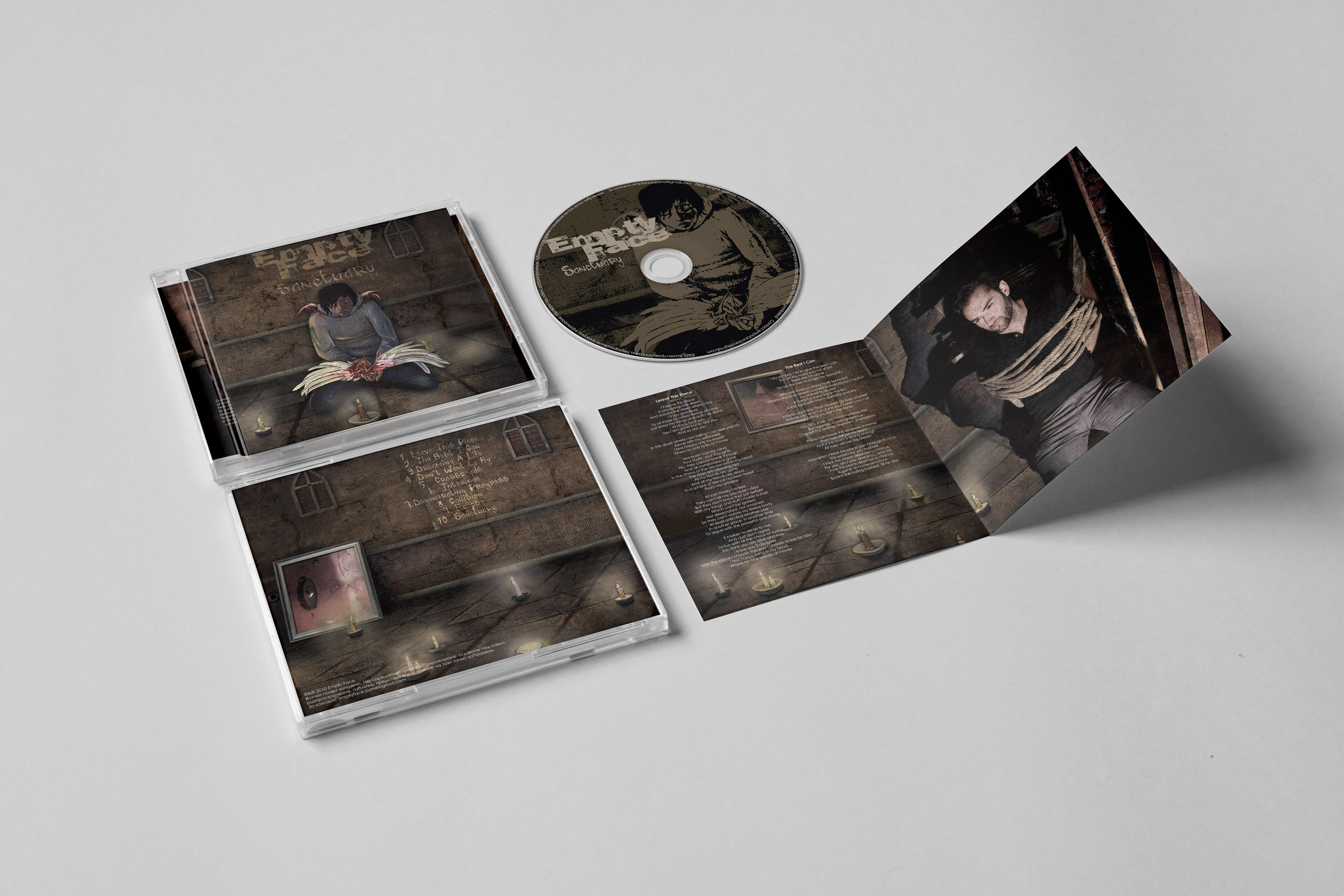 Empty Face is a bulgarian punk-alternative band active between 2003 and 2010. In 2009 they recorded their first official album Sanctuary. The booklet design had to correspond to this title and present the band in a similar environment.

The backbone of the booklet design is an oil painting by the extraordinary, modern bulgarian artist Deian Yanev. A lot of post-production was applied in order to include a sense of perspective and to make it more believable – like tiles on the floor, additional windows, less candles etc.

A photo-session was organized in an abandoned basement. The concept was that the band members are locked there. Thus they were photographed sitting on an old chair and tied in a rope. The last picture shows an empty chair and the untied rope around it. The album Sanctuary was conceptual and the CD booklet design had to follow the same rules. 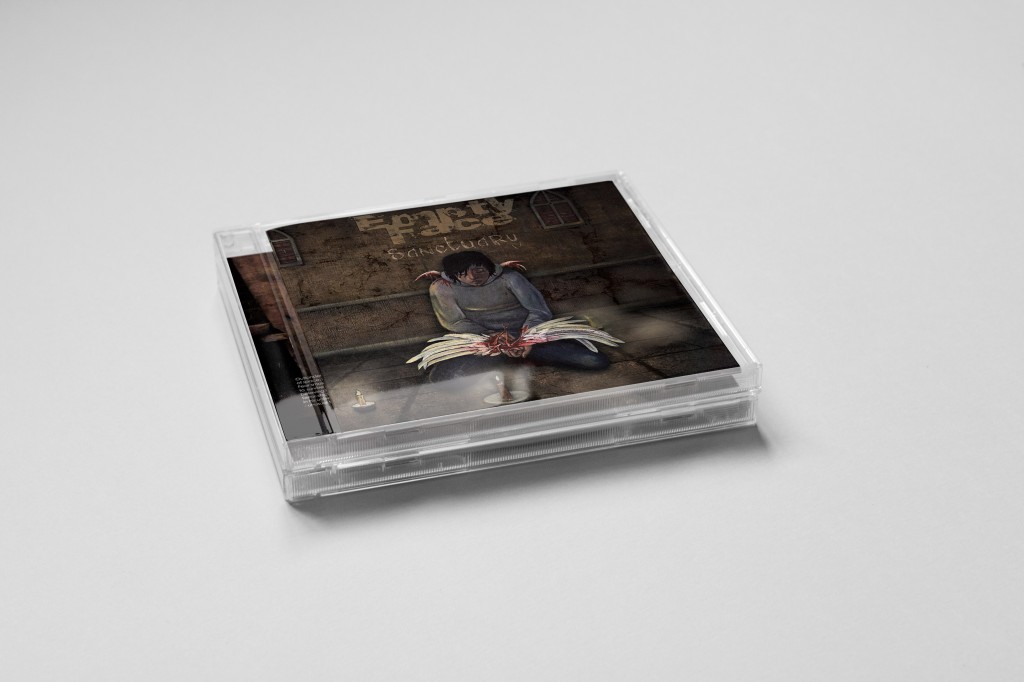 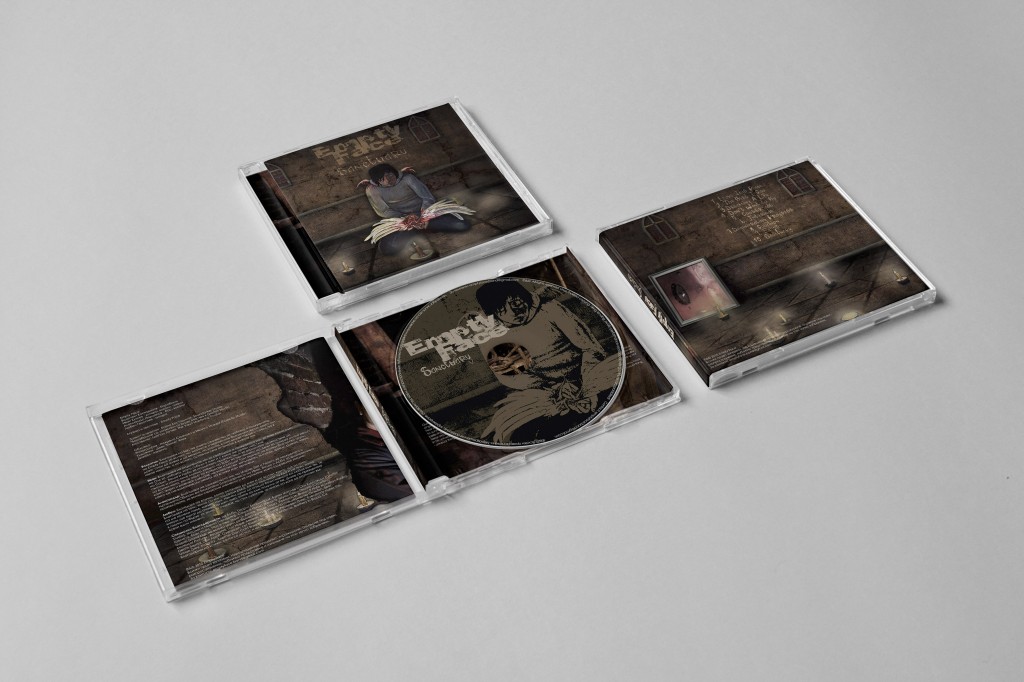 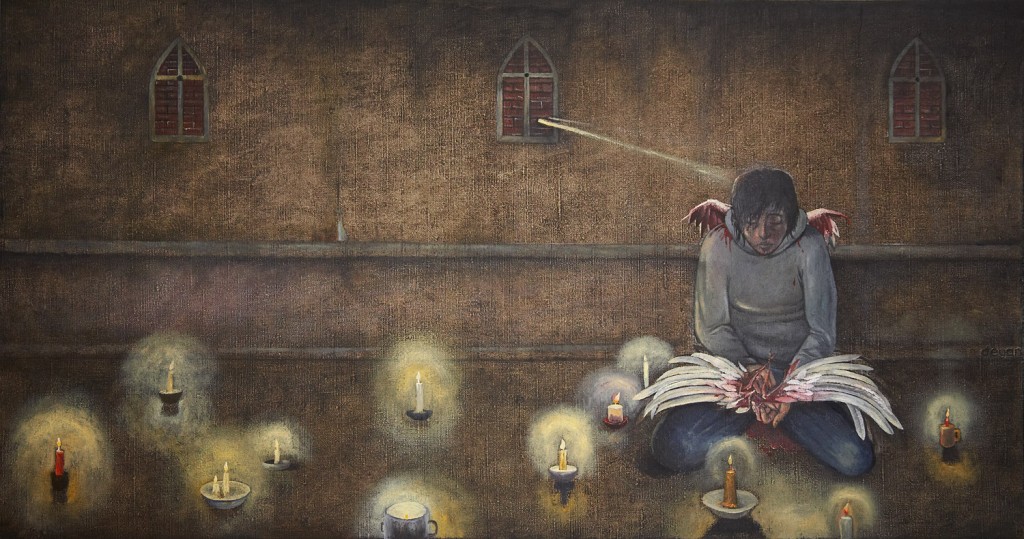 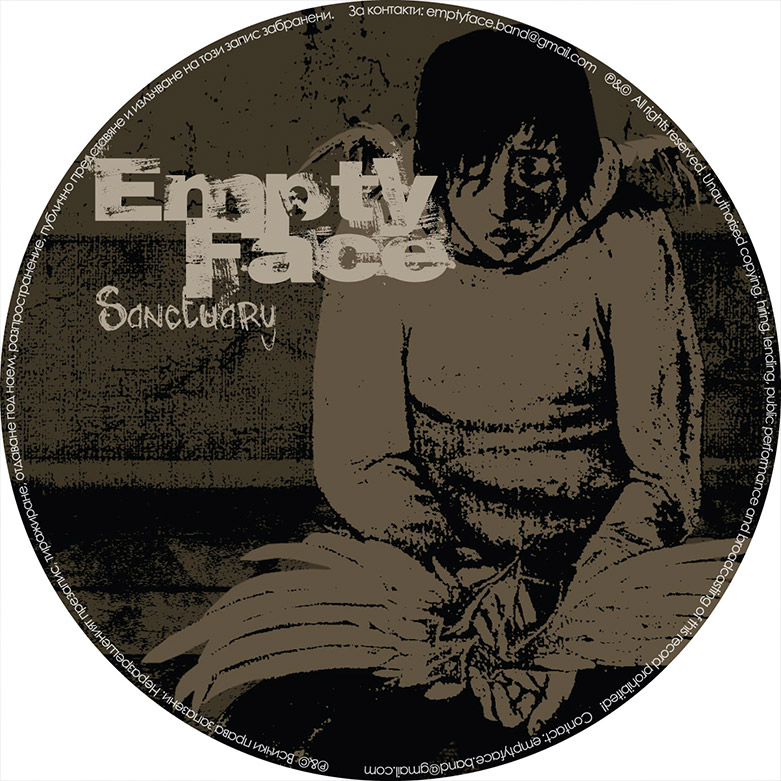 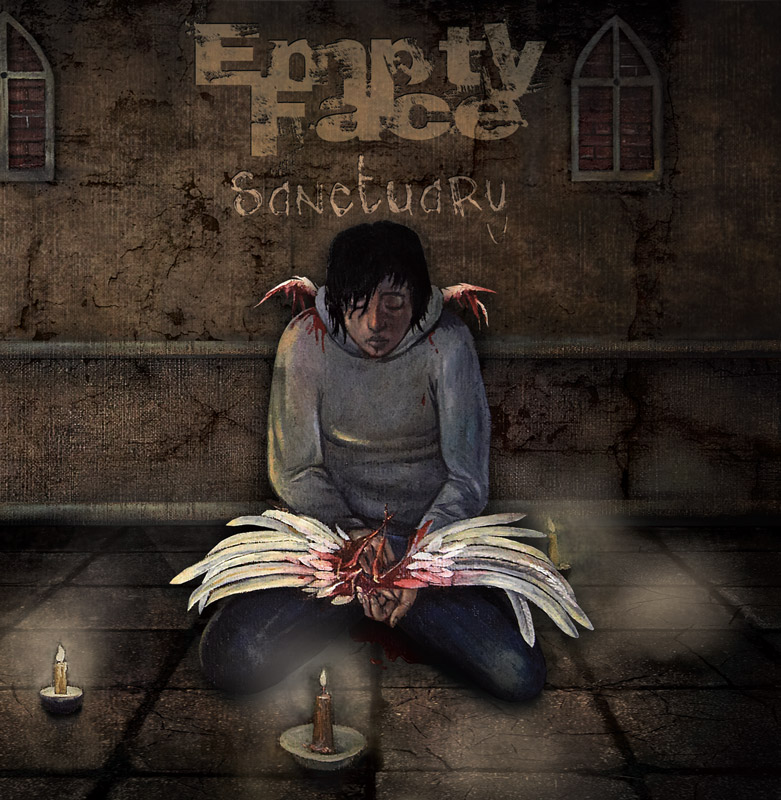 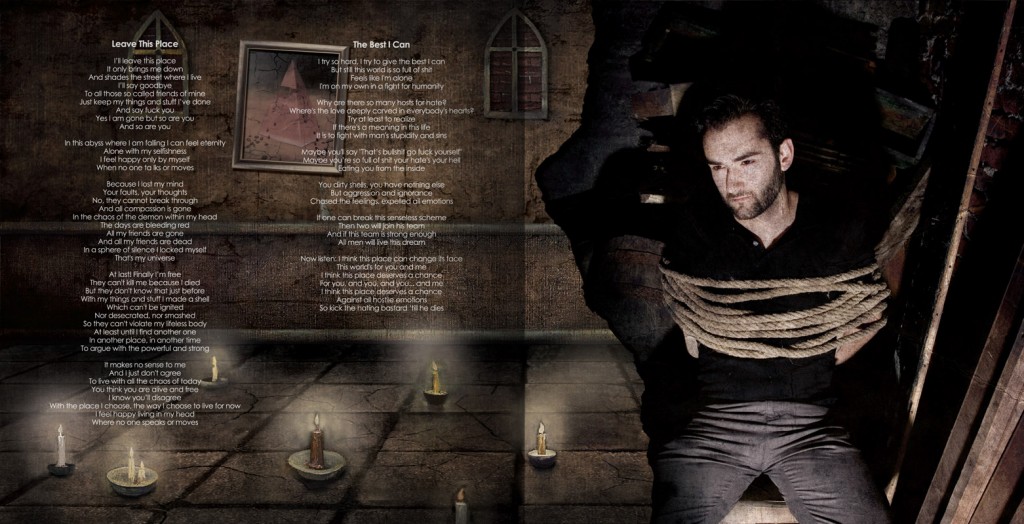 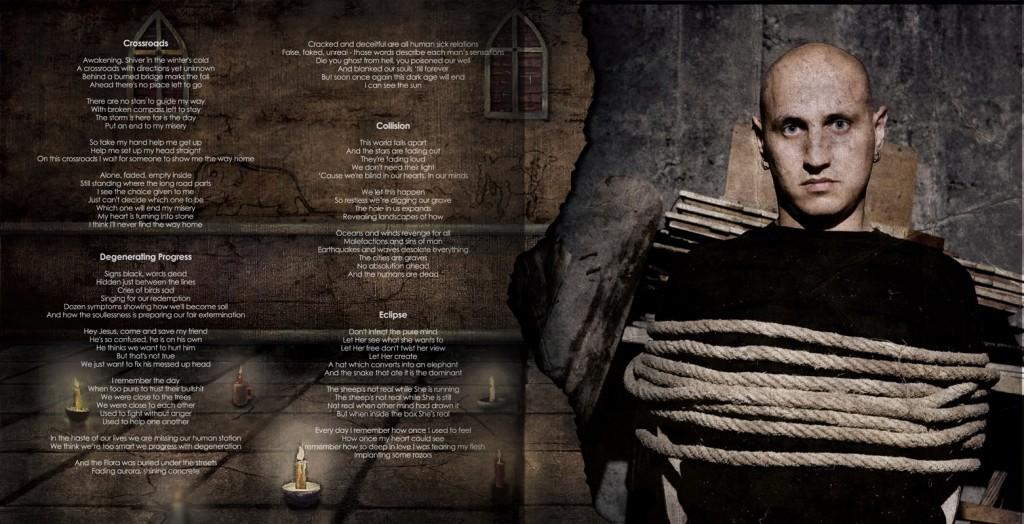 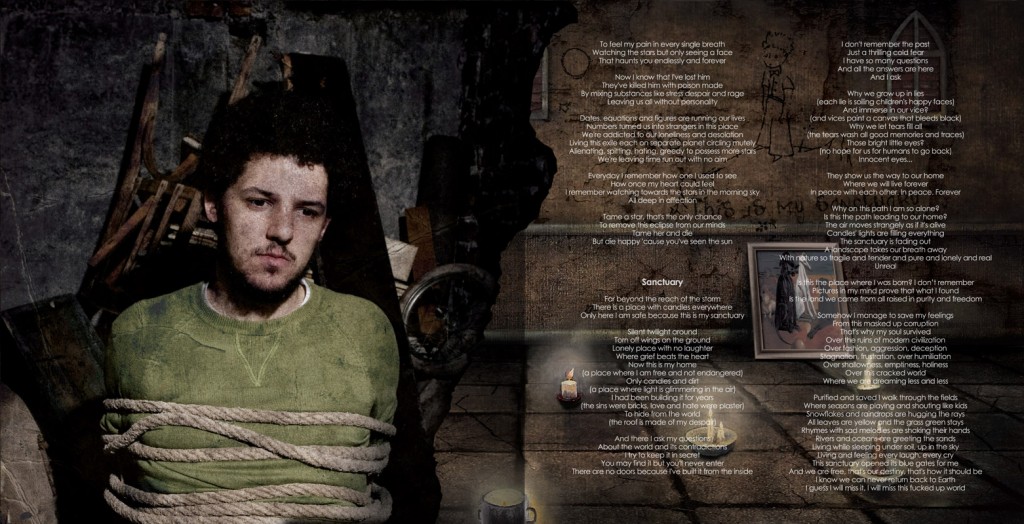 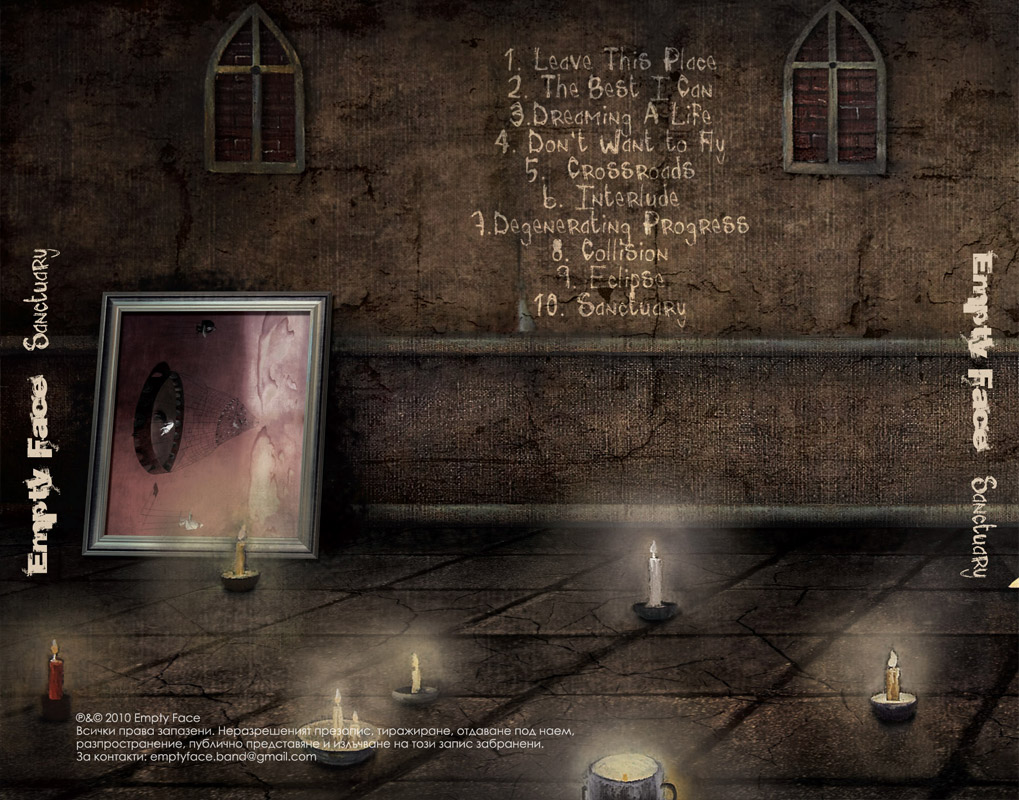 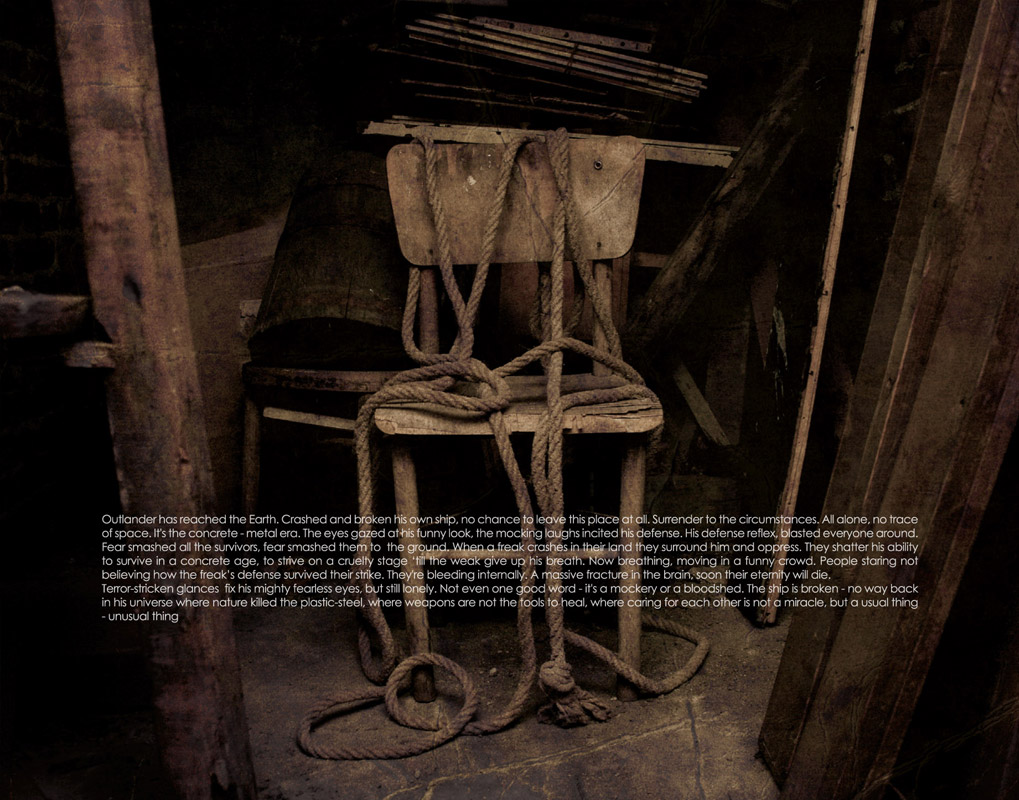 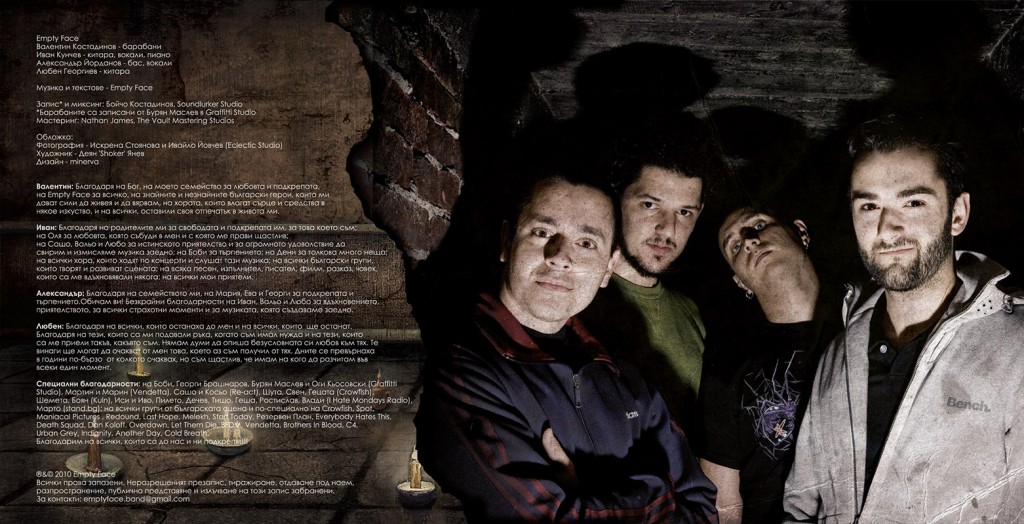 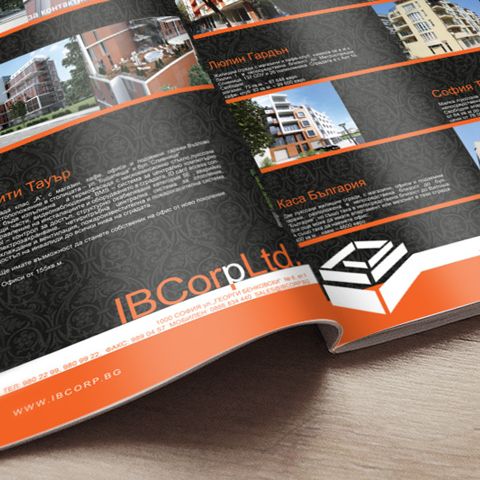 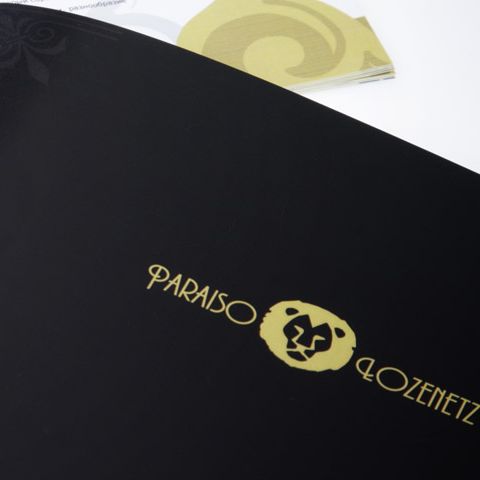 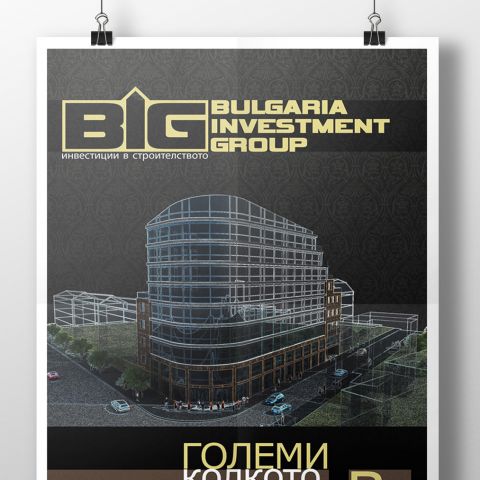 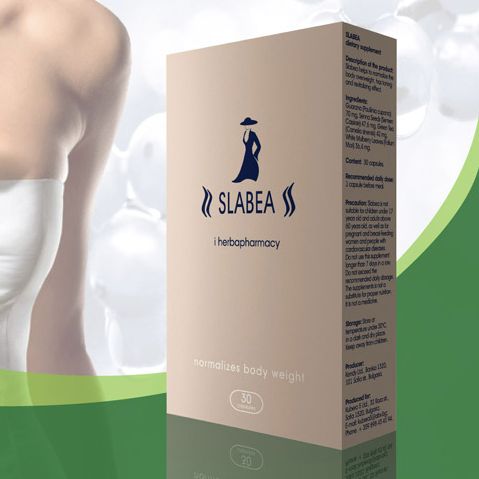